Ladakh has been a dream destination for the most of us since our college days. A bike ride to this enthralling beauty has always been on our bucket list but was never crossed off from the list. Why? Why are those trips never taken?

Ladakh is situated in the Indian region of Jammu and Kashmir extends from the Kulun mountain ranges to the main Great Himalayas. Due to it is extreme climatic conditions Ladakh has always been a difficult destination, however, all this has never kept us from exploring the beauty that is Ladakh!

Ladakh has been a hub for the adventure-loving travelers. It offers a wide range of varying landscapes for the nature lovers and the beautiful Buddhist Monasteries offer one of a kind peace to escape the unruly routine of the commoners and to explore mother earth with a different perspective. 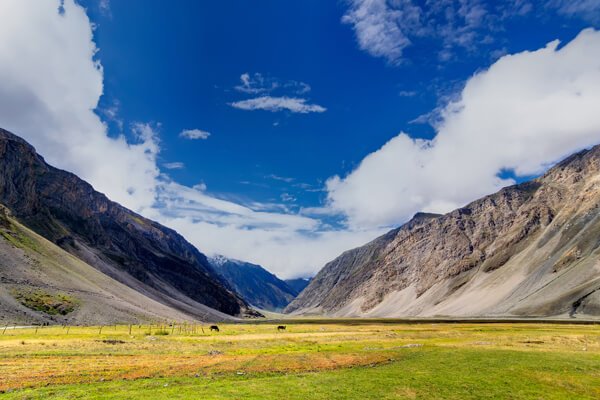 A visit to Ladakh is sure to leave you spellbound and craving for every piece of it!

Ladakh faces a range of climatic changes throughout the year and is timebound for tourist activities. The best time to visit Leh-Ladakh is from May to September which is preferably pleasant than the other days.

By early June, all the road routes to Leh open up and one can travel on the SRINAGAR-LEH-MANALI CIRCUIT(Initially, the roads may face some blockages due to snow slides and rock slides).

By July the Ice starts melting and one can see streams and rivers along their path to Leh.

To make the most of their time one must do a thorough inquiry about the region from the locals before embarking on the journey to experience all of Ladakh.

Ladakh isn’t just about the scenic landscapes but also about it’s a colorful culture. Though a remote location, Ladakh has never failed to amaze the tourists with all the great activities it offers in the short span of time.

Remember that lake in the backdrop of the climax scene of 3 Idiots?
Pangong lake is one of the most mystic sights in the whole of India and has always been a hot spot for various shoots. The Pangong Lake is said to change it’s color several times in just a day! Enchanting, isn’t it? It goes from azure to light blue to green and grey as well! During the summers one can see ducks and gulls casually surfing on the waters.
Situated at an altitude of 4350 meters and a five-hour drive from Leh, this lake should definitely be on the itinerary of everyone visiting Ladakh.

They say that inner peace is the most important achievement in one’s life and who has to argue with that? One always tries to seek some time to get over all the worldly problems and give in to the peace that nature has to offer. Ladakh is just the right choice with its colorful Monasteries built 100’s of years ago by the mighty rulers.

Shanti Stupa located on the hilltop of Chamba in Leh is a white-dome structure dedicated to Buddhism. It was constructed in 1991 by Japanese Buddhist, Bhikshu Gyomyo Nakamura. The construction was jointly done by Japanese and Ladakhi Buddhists to mark the completion of 2500 years of Buddhism and promote world peace.

The stupa has various relics of old Buddhism culture with a huge idol of Buddha placed on the base; ensuring complete peace for one’s soul.

This place in Ladakh has managed to top various lists and articles which include all the mysterious places in India. Magnetic hill as the name suggests is a phenomenon known to defy gravity with its scientific properties. Tourists are actually asked to put their vehicles on neutral gear to experience the unusual pull of this mountain.

This is a one of a kind experience and should definitely be a part of your “ places to visit” list when in Ladakh.

How does one get over shopping? It is impossible to avoid shopping when on a vacation and Gol market is a perfect place to fulfill your obsession of shopping with its wide range of shops that offer cheap clothing articles, handicrafts and also camping supplies for the adventure lovers.

Nyoma is a small town located in the district of Leh. It is 148.7 km from Leh and 370 km from Sri Nagar, the Capital city of Kashmir. This town gives you a magnificent view of the Indus river situated on the banks. It comprises of a small Buddhist Monastery Gompa along with an advance landing ground for the Indian Air- force which is proposed to be active. 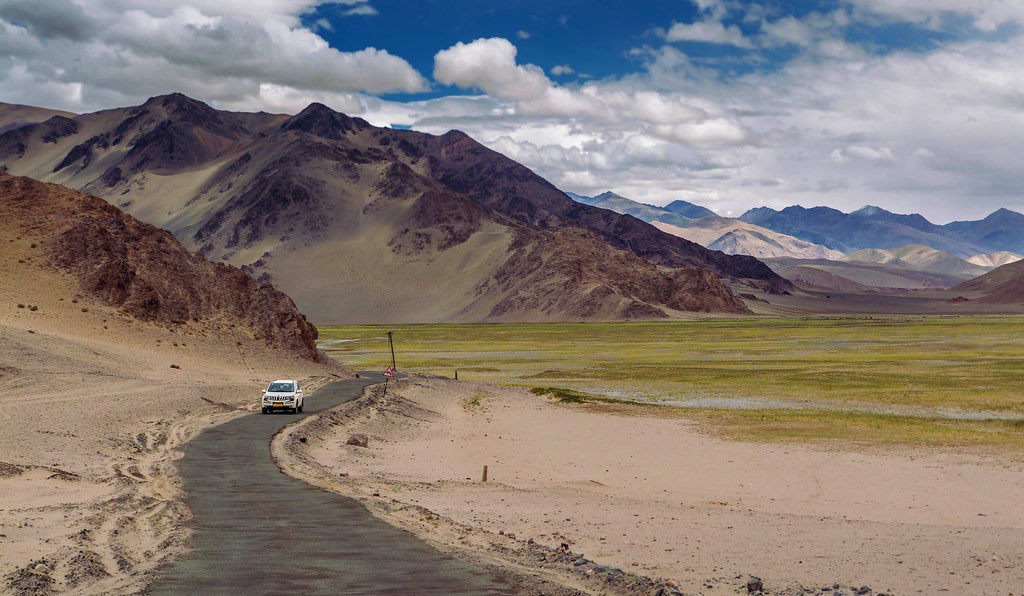 Changthang  Wildlife Sanctuary is one of the most important tourist attractions when it comes to the Ladakh tourism. Situated at an altitude of about 4000 to 9000 feet, this sanctuary is home to various species including rare black-necked crane and the Tibetan Wild Ass. It houses the famous Pangong lake which is frequented by a number of tourists. This wide landscape is divided into two halves by the mighty Indus river. It is as enchanting as all the other places in this mystic land.

Leh Palace stands as one of the most enchanting fortresses with the surreal view of the Himalayas. Comprising of nine floors this huge structure was built in the 17th century by King Sengge Namgyal.

The upper floors were used by the royal families whereas the lower levels were used as stables and for other chores. This palace is now under the Archaeological Survey Of India for renovation to maintain the history of Namgyal dynasty. The palace is a special sight during Local festivals such as Galdan Namchot where the locals gather around the palace.

Ladakh can be a great destination when it comes to tourist attractions which also include other places like Tso Moriri Lake, Khardung La Pass, Nubra Valley and many more.

In recent years, Ladakh has become a major tourist attraction amongst the Indians as well as the foreigners due to the well-constructed access roads and other basic facilities.

This has also resulted in the increased accommodation facilities for the comfort and luxury of the visitors. One may find hotels in all range of stars including budget hotels for backpack travelers as well as five-star accommodations for those who seek comfort as well as luxury.

Options for camping and trekking are also available for those who decide to leave the comfortable track and experience the beauty of this place to the fullest.

Apart from all the Touristy things in Ladakh, one can be a part of their culture by visiting these small festivals which bring out the best of Ladakh:

Celebrated in June, this is a local tribute to the Sindhu River as the people believe that the well being of the town is looked after by the mighty river.

This 3-day festival is also a way to pay respect to the martyr.

It includes artists from all the fields for the cultural programmes.

Celebrated in July at the Hemis monastery, this is a colorful festival which includes locals putting up masks and satin robes to represent the guardians of the Hemis including significant dance moves.

Ladakh festival is held in September for two weeks which brings in the cultural diversity of Ladakh through various activities and programs which feature many artists and art enthusiasts. Key attractions of this festival are Archery, Polo, Masked dance, and Concert.

All set for Ladakh?